A Venus 170 Chronograph Mashup and the Importance of Books 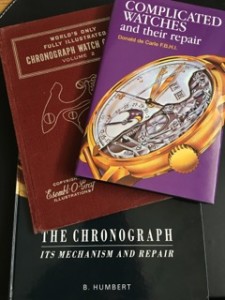 Back in 2014 I acquired a Gotham chronograph with a low grade, 7 jewel Venus 170 movement. For some strange reason the only part missing was the flyback lever or hammer.

I spent some time over the years looking for a hammer or a parts movement. Last fall, I bought a battered Gallet movement on eBay. This was the high grade, 17 jewel movement found in Breitlings. I decided to clean up the Gallet movement first and if it worked I’d put it in the Gotham case. I debated whether this was the right thing to do but as it turned out the Gotham movement, though it looked good, had some corrosion. Also, I’m a fan of Gallets so wanted to bring the movement back to life. 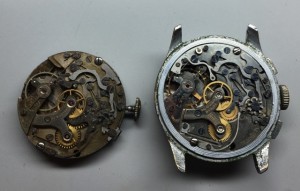 After a thorough cleaning and a new mainspring the Gallet movement worked great. I did find a few shouldered screws had been installed in the wrong location and I needed to make one new spring but that was all. Once again I can not overemphasize how helpful the Esembl-O-Graf books are when working on old chronographs. Since my post on the Wittnauer chronograph I’ve acquired a complete set and Volume 2 covers the Venus 170. You can find them reproduced online but I recommend the actual books if you can find a set. 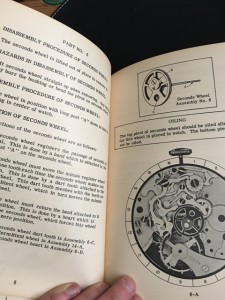 With the movement cleaned and running, I put the dial on, installed it in the case and put on the minute counter hand. That was when I noticed the problem.

When the minute hand advanced it went from 45 at the top to about 1 1/2. Almost immediately I realized the what was wrong. The Gallet movement had a 30 minute register and the Gotham was 45. 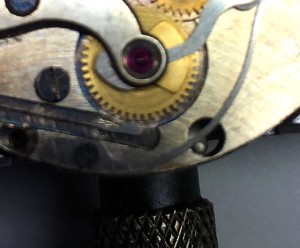 This problem was discussed in the chronograph class I took last year. Since the minute was advancing properly the solution was to adjust the hammer (as opposed to adjusting the face of the jumper which is a much more delicate operation). This is covered in de Carle’s “Complicated Watches and their repair” but a much more thorough and helpful discussion can be found in “The Chronograph – Its Mechanism And Repair” by Humbert.  In short, the minute counter wheel hammer was adjusted so the jumper was centered between two teeth when in reset and then the center wheel hammer had to be shortened symmetrically so that there was just a little play in the minute counter wheel when the hammer was pressed against the center wheel. This allows the minute counter wheel position to be determined by the jumper rather than the hammer that strikes the minute wheel heart-cam. Humbert’s book covers this in exhaustive detail and I highly recommend it. One great tip was to put a bevel on the underside of the face of the hammer corresponding to the angle you want to file into the face. Then just file up to the line. I finished it with an Arkansas stone and burnished it smooth. 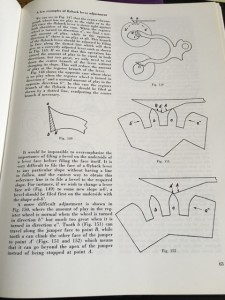 Everything appears to be working. I still need to do some work on the hands. I had planned on using the Gotham hands but one of them was rusted onto the pivot and did not survive removal. Fortunately, though the Gallet movement did not come with a dial, it did have hands. I’ll need to trim them up for use with the Gotham dial. I’ll let you know how it turns out.

This entry was posted in Watch Repair and tagged chronograph, Venus. Bookmark the permalink.
Advertisement